The first thing you need to know is that this is more than a website, it is a mission. The purpose of Decarbonise SA is to form a collective of like-minded people who will drive the most rapid possible decarbonisation of the economy of South Australia, with a primary focus on the electricity supply.

To achieve that goal, South Australia needs to introduce nuclear power into the mix of generating technologies. The primary driver for Decarbonise SA’s support of nuclear power is recognition that the scientific findings in relation to climate change are now so serious, that we require the fastest and deepest cuts in emissions possible. That means attacking the biggest problems first.  In Australia, that’s electricity supply, specifically the coal and gas that provides most of our baseload generation. While climate change may be the catalyst, nuclear power provides many important environmental and safety benefits compared to coal, beyond greenhouse gas, that will give us a cleaner and healthier environment for the future.

Decarbonise SA also supports the increasing the use of renewable generation technologies, and becoming more efficient with energy. But the primary focus of Decarbonise SA is the introduction of nuclear power.  We are going to work with the government, community and private sectors of South Australia to make this happen.

South Australia’s electricity generation sector is in crisis. Aging, inefficient, decrepit infrastructure must be replaced soon, against the backdrop of an urgent global need to cut greenhouse gas emissions. As in any good crisis though, the opportunity is there if you look. South Australia is just a small number of infrastructure investments away from having among the world’s cleanest electricity. It is the mission of Decarbonise SA to make that happen, and happen fast. The goal is decidedly immodest. But that’s because climate change is upon us and we must act quickly, firmly and decisively.

But climate change is a global problem. So focussing a whole website on a relatively small part of Australia may seem an odd strategy. Here’s the thing. There are already a great many resources pushing the cause of climate change.  I’m not going to try to compete with that. At the same time, every grand vision eventually needs implementation to matter. Someone needs to downscale the global solutions to a regional level and actually put a plan in place to make it happen.

I am a proud South Australian, and while my work is often national and my ideas and articles have spread around the world, I know where I have the most influence. It’s in the state of 1 million people where I was raised, where I have deep connections and networks, and where I do the bulk of my work. As I said at the start, I have not started this blog to flap my gums; I very much intend to make this happen. If Decarbonise SA can move 1 million people in a developed nation from a dirty electricity supply to among the world’s very cleanest, well, I’ll be satisfied, the model will have worked, and I can think even bigger. By the way, nothing is trademarked here. If you like what you read, but don’t live in SA, steal my blog idea and everything on it, and start your own Decarbonise movement. I’ll help.

How will we achieve this?

The introduction of nuclear power to South Australia is the foundation of the Decarbonise SA vision. Nuclear power will permit the rapid replacement of South Australia’s decrepit baseload generation facilities. This is to be accompanied by the continued and enhanced expansion of the renewable energy sector in South Australia, which has played a major role in lowering average emissions of South Australian electricity over the last few years, and continued efforts to improve our efficient use of energy. So yes; to resort to the labels that will come what may, this site is pro-nuclear power. It is also pro-renewables. It is also pro-energy efficiency. It is decidedly pro- nuclear, renewables and energy efficiency working in trio, each deployed as their respective advantages and disadvantages dictate they should be. But above all, it is pro, pro, pro the rapid decarbonisation of the South Australian economy, focussing on electricity. That makes us completely anti-coal and anti-gas for any new electricity generation capacity. 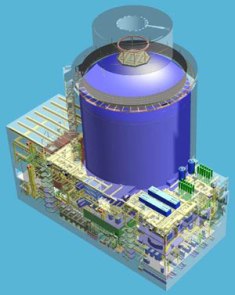 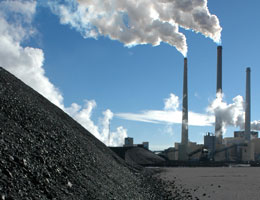 It is the introduction of nuclear power that is the focus of Decarbonise SA’s work, for some pretty simple reasons. Firstly, in South Australia it’s the missing component of a strategy that would actually get the job done (remember, I’m talking about zero emissions. I’m not interested in deep cuts or improvements). Secondly, while renewable technology and energy efficiency both need better support and deeper penetration, they also both have a lot of friends already. Energy efficiency is supported by legislation (like the Energy Efficiency Opportunities Act, mandatory standards for new houses, Minimum Energy Performance Standards (MEPS) and star ratings for appliances to name but a few), and organisations, governmental and otherwise. Renewables have support from government organisations like Renewables SA, other actions groups, major legislated support from the national Renewable Energy Target (RET), deep subsidies for solar PV and a strong corporate presence. So the potential of this blog to improve the cause of either energy efficiency or renewables is minimal. To be perfectly clear, do not mistake the focus on nuclear power as an attack on, or belittling of, the role of either energy efficiency or renewables. That is not the case. But I do insist on being decidedly realistic about the potential of either to solve the problem in the absence of nuclear power.

Nuclear power, on the other hand, is roundly treated as the spawn of the devil. It has to the Australia’s Environmental Protection and Biodiversity Conservation Act against it. Not to mention the coal industry, who know full well that nuclear is the only real threat to their dominance of electricity generation in Australia.

It’s not renewables they worry about…

At first approach, you may think this is crazy. Nuclear has never been very popular in Australia, and right now, as I write, the second biggest nuclear incident ever remains unresolved. Decarbonise SA is certainly not naive about the challenge of putting nuclear in the centre of the strategy. But when the options are 1) a tough sell that can work (nuclear and renewables with energy efficiency), and 2) easier sells that are guaranteed to fail (gas generation with still high levels of greenhouse gas, plus more imports from Victoria where they burn the dirty brown coal in the world’s worst power stations, plus a bit more renewables and energy efficiency) there is really no decision to be made.

Besides, nuclear power is hardly a fringe technology.  It is used in 30 countries worldwide, including the 16 largest economies (ignoring Australia at number 13).  It provides 15% of global electricity supply from around 440 reactors. It provides 80% of France’s electricity, 30% of Japan’s, and 20% of the United States’. It has been in use for over 50 years, with a remarkable safety record, and a suite of environmental, health and safety advantages over and above coal that will make your head spin. It is embraced by many prominent environmentalists, thoughtful, caring and passionate people.  But Decarbonise SA has not based this plan on who else agrees or disagrees or what other countries have done; we based it on facts, evidence and context relating to:

When these criteria are attended to for all energy supply options with a clear head, and keeping prejudice to a minimum, one thing quickly becomes clear: Anyone who means what they say when they use the expression “climate crisis” needs to move nuclear power front and centre of the strategy, otherwise we will spend the next few decades rearranging the deck chairs on the Titanic.

By the way, this is all coming from someone who was once staunchly anti-nuclear. I supported the organisations who oppose it. I was first to rail against it if it came up over dinner or at a BBQ. But my growing understanding of the climate crisis forced me to take a second look at all of my reasons for opposition. I began that process believing that, in the end, I may find nuclear to be a necessary evil. When I was done, what I found instead is that it’s more than necessary, it’s essential, and it’s not really evil: compared to coal, nuclear power is 99% better in almost every relevant criterion (an assertion I will back with numbers in an upcoming post). I’ve been involved in enough environmental decisions now to know that if you have an option that will improve current conditions by 99%, that’s not a compromise. That’s not a defeatist stance. It’s a massive victory. I’ll be satisfied with the 99% this century, and chase the 1% in the next one if I’m still here.

So I hope you’ll join me on the journey, as I spell out the mission and reasons for Decarbonise SA in upcoming articles. But be warned: I’m not here for the talking. My children won’t really thank me for a blog. They will thank me for cleaner, healthier air, and a stable climate. That what Decarbonise SA is here for. And it needs you.