Why I am a vegetarian

Just a brief change of pace. This has been up for a little while as a page, but a friend encouraged me to blog it out there. Enjoy. Normal programming will resume shortly.

While the journey was fairly long and detailed, when it comes down to it I now support nuclear power on the basis of some very simple principles.

If you want to cut greenhouse gas emissions fast, you need to stop emitting them. That means turning off the carbon taps, biggest taps first. That means ditching coal first, and also oil and gas. And that means supporting nuclear power.

This all came about because I was an environmentalist who was frustrated with the continuing pretence that little solutions solve big problems. Fighting climate change without including nuclear was about as effective as a gnat pissing on a bonfire, if you will excuse the expression.

The same logic led me to vegetarianism. Permit me to explain (sticking to simple principles for the sake of a short post).

After energy (or equal to it depending on where you live), land use is the the other big hitter in the climate picture. Our use and abuse of land emits massive amounts of greenhouse gas and a very great deal of our overall land use is in the name of feeding ourselves.

Add to that basic picture, we are going from 7 billion people to around 10 billion before global population tops out, and we are already putting major stress on the natural systems that support our efforts to grow food.

So there are some simple principles of the problem. If we are remotely interested in a planet with a stable climate, without famine, and with some reasonable complement of species other than ourselves and our food animals, we must address land use.

Which brings me to simple principle number one on the solution side of matters:

If we are going to struggle to produce enough food, it is time to stop growing food twice.

A simply staggering proportion of the world’s food crop production is for the purpose of feeding farmed animals. It means we are using more land, water and other scarce resources than we must, by a really long shot. This is not ok with me, and completely contrary to my values that suggest we should create systems that help everyone feed themselves adequately first before some of us dine out on grain fed chicken and beef.

Simple principle number three, if you have a choice between a food supply that stays put while it is growing, versus one that walks around compacting soil, eating plants, and crapping next to rivers, choose the former. It’s not that it has no impact. Just a lot less, and a lot easier to control.

It was thinking like this (accompanied by following some far more detailed discussions) that has led me to vegetariansim. I couldn’t be happier.

Unlike most of our piddly attempts at green consumerism, in our diets there is an environmental decision to be made many times a day, with a recurrent and considerable budget attached to it, every single week. It actually matters in the scheme of what we can achieve as individuals.

I lost a little bit of weight and feel much better.

It is now well established that my diet is the healthiest way of feeding myself. Less risk of (particularly) bowel cancer, diabetes and obesity. Worth avoiding, no?

It saves me a bit of money.

And the apparent things you need to look out for (protein, iron, calcium) well… that’s pretty much a bunch of bollocks.

Protein most especially. That concern is just silly. I get loads. I’m into exercise. I run and box. I don’t lack protein in my diet, not remotely. Neither does this guy for God’s sake and he’s a freaking vegan. 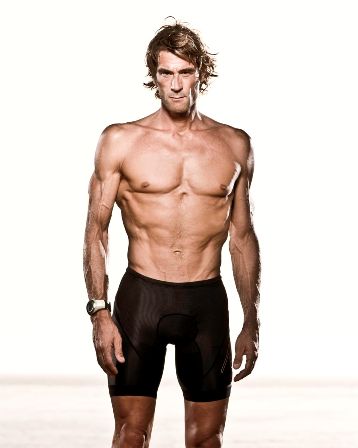 Ultraman Triathlete Rich Roll. One of loads of elite athletes that comprehensively disprove the notion that meat consumption is essential to protein intake, and that protein intake is the massive deal it is made out to be

Iron, well I eat more green vegetables now. I often read things like “you need to eat a lot of vegetables to replace meat in your diet”. Yes, that’s called a HEALTHY DIET.

Calcium… if you are going vegan, that’s tricky without reinforced soy milk, rice milk or whatever. The plant food content of calcium is really small compared to dairy, but have some soy smoothies or whatever and you are sorted.

Everything else, well, basically if you do what seemed to come naturally to me you will find yourself eating an brilliant and astonishing variety of really yummy, really healthy foods and meals. Oh no!!!

This is a short and simple post. Like nuclear, I looked hard at the issue. While it’s replete with lots of lovely exceptions, the big picture cannot be missed if you are at all interested to see it. From the point of view of climate change, health, justice, equity, biodiversity and water security, a vegetarian diet is miles in front, vegan yet more so.

Decarbonise SA is not about to become a vegetarian blog. I am a little busy with my chosen fight. But if you follow my Twitter feed you will get the occasional link and comment on this area that I regard as every bit as important. Please take a look at your diet and an honest an open look at the evidence around what is good for your health, good for the poorest people, and good for the planet.