Large solar and small nuclear: Coming together, yet worlds apart

The big news in energy this week is large solar. It’s exciting to see such developments, but just what does this mean for our energy challenge in the 21st century? Large solar provides appreciable quantities of energy, hamstrung by fundamental limitations in scalability and the potential for very real environmental impacts. A future with more solar is assured. But using this to argue an environmental case for a future without more nuclear too is simply deluded.

With the opening of the world’s largest solar power station I have been struck by the convergence in generating size between large solar and small nuclear. Solar is trying to get bigger. Nuclear is trying to get smaller. Both are now converging on around 300 MW- 400 MW in size.

There, the similarities end. Those who are familiar with my Zero Carbon Options project will know that I favour comparisons as a useful way to shed light on our collective energy choices, so that we might truncate the ideological hand-waving that accompanies energy discussions at large. Comparison of large solar and small nuclear holds some very important lessons for constructing a future that is both energy-rich and decarbonised for around 10 billion people.

The 392 MW, $2.2 bn Ivanpah Solar Electric Generating System (SEGS) has just started delivering electricity. For the record, SEGS was developed with a $1.3 billion loan guarantee from the US Government. Contrary to popular anti-nuclear belief, loan guarantees are not a subsidy concocted by and for the nuclear industry. SEGS also does not include any component of energy storage, however it delivers a high (for solar anyway) capacity factor of 31.4%. That’s thanks to a “remarkably intense solar resource of 2,717 kWh/m2/yr” combined with the dual-axis tracking.

So from the outset, it’s clear that the performance of a solar power station has a lot to do with the location, a critical constraint. Move away from areas of “remarkably intense” solar resource and the performance will dwindle in kind. So as far as scaling up this solution goes, how are we placed for raw resource? Figure 1 gives us the answer. 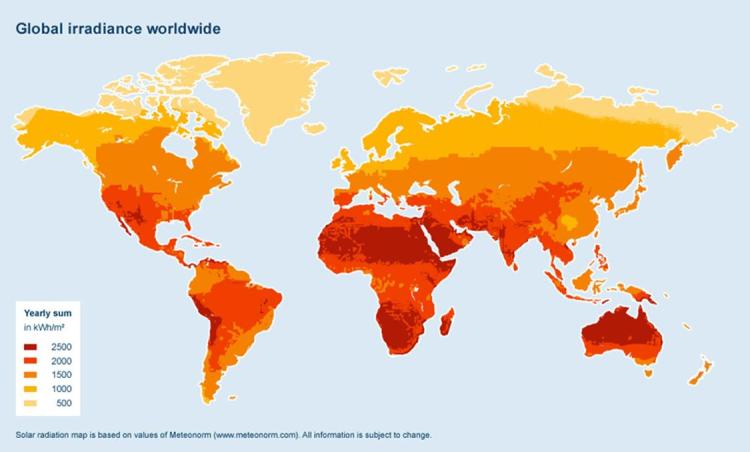 Pretty well, as it turns out. The areas of deepest red shading are blessed with this remarkably intense level of solar radiation. That’s a huge area of land, and the available energy must be mind-bendingly large. So, one of the next questions for intelligent siting of large electricity generation is proximity to large loads. Unless we can use it close to where we generate it, we are stuck with big losses through the transmission lines. This is a traditional criticism of the model of large centralised electricity generation dominated by fossil fuels and nuclear. The impact can perhaps be mitigated through the construction of new, very large direct current transmission lines. These are typically neither cheap, nor popular. Here, the news for solar is less rosy. Compare the above figure to a map of global population density in Figure 2. 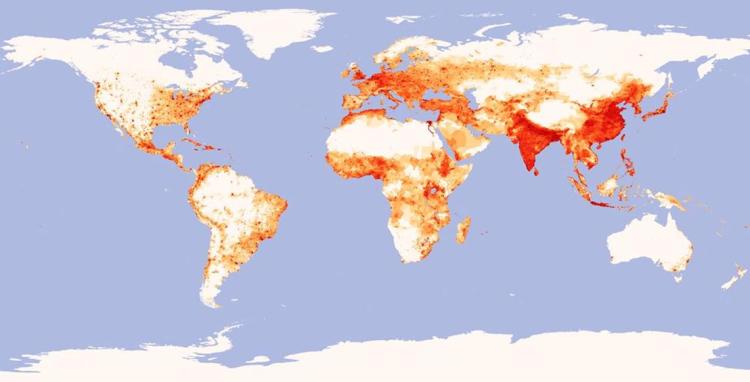 With the partial exception of the Indian sub-continent, the areas with this “remarkable resource” are nigh-on uninhabited, for reasons that should be obvious. So for this to scale as an energy solution, we would have no choice but to embrace a future of massive transmission lines connecting the resource to the people.

So, it turns out Ivanpah was a canny location for SEGS indeed. Connection did not require a brand new line, just the much (politically, socially and environmentally) simpler upgrade of a 115 kilovolt line to 220 kilovolts, substation upgrades and construction of one new substation, at a cost of $446 million to $484 million. The cost was, oddly, somewhat better hidden than the bragging pamphlet… Let’s not be hasty and slap all that cost on this project. This line is capable of bringing another 1,000 MW of generation in addition to SEGS online. Sensible network planning requires investments of this kind to avoid punishing first movers (assuming, of course, we really need these remote connections in the first place).  Ivanpah also provided access to natural gas connection for the gas back up which will help it warm up in the morning and maintain operations during transient cloudy periods. Connection was just 0.5 miles away.  So that’s three important constraints Ivanpah overcame: a convergence of excellent resource, electricity network connection and gas connection. Add to this the proximity to the large loads of California and Ivanpah is a dead-set winner for location of large solar.

Then it’s worth looking at the sheer scale of this thing. At 5 square miles, around 3,500 acres, it’s just absolutely enormous. Check it out. 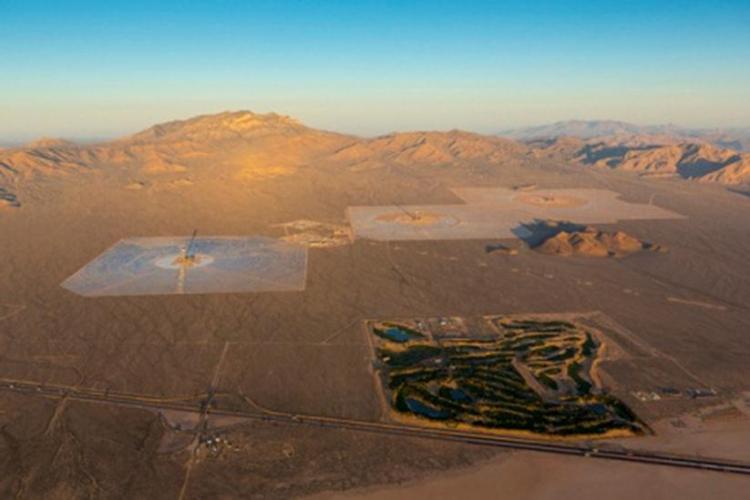 Figure 2: Ivanpah solar from the air 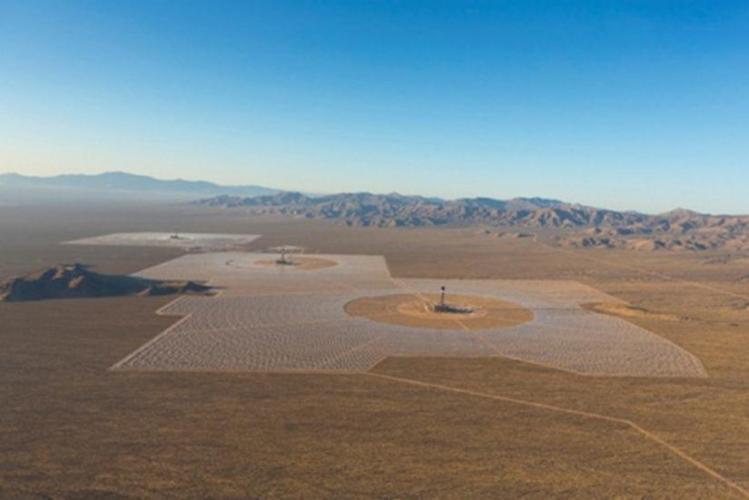 Figure 3: Ivanpah solar from the air

I’m sure most will agree, this is a staggering area. I think it’s safe to say environmentalism has comprehensively rejected “small is beautiful”.

What those less acquainted with energy may not realise is that 392 MW at 31.4% capacity factor, while hardly small, is frankly modest in terms of what we actually consume. My small state of South Australia alone, population 1.6 million, has about 4,000 MW of installed capacity. In the context of California? Let’s just say we better keep things in perspective.

Which got me thinking: what would the land requirements be for the equivalent level of electricity generation for small modular reactors (SMR)? To test this, I considered a “twin pack” of Babcock and Wilcox Generation mPower 180 MWe SMRs. This front-running SMR design is currently working through the licensing process in the US. An example design is shown below and discussed in more detail here. 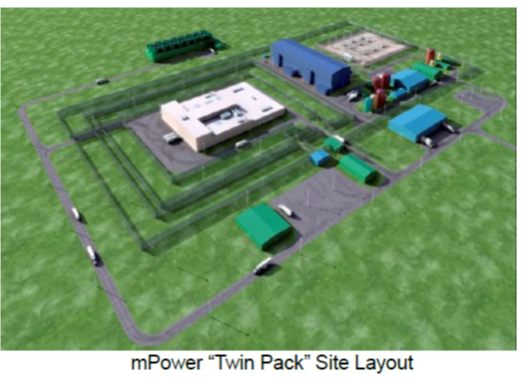 The site footprint for this “Twin Pack” is just 38 acres. That, combined with the far higher capacity factor, leads to a remarkable cascade of numbers, shown in the table below.

The small nuclear is capable of producing 242 times the electricity per unit land. Not 242% mind you. Two hundred and forty two times more. Small nuclear is as staggering in scale as large solar, just for the opposite reason.

It all comes down to energy density. With large solar we are trying to scoop up and make use of very dilute energy. For SEGS, we know this to have a value of 2,717 kWh/m2/yr. That’s a year’s worth of sunshine on a square metre of turf in the Mojave Desert. To produce 2,717 kWh from uranium dioxide fuel in the reactors shown above would require a mere 7-8 g of UO2. With a density over ten times greater than water, we are talking about a mere 0.7 cm3… barely a pebble on our square meter.

Of course, SEGS can’t convert all of this insolation. At a forecast output of 1,079 GWh per year, SEGS gives us around 76 kWh/m2/yr. The UO2 required to deliver this much electricity is just 0.2 g, or a volume of 0.02 cm3 …just a flint from our pebble on our square meter.

My head is already hurting with the tiny-ness of it all and yet it doesn’t even stop there. If our SMR is a GE-Hitachi PRISM (311 MWe) with Advanced Recycling Centre (put together, this is the commercial incarnation of the Integral Fast Reactor), then we have to divide our flint from our pebble from our square meter by about 100 times again.

This just goes to show that when we further developments in both the most dense and most diffuse sources of energy available to us, extraordinary comparisons will arise. Two hundred and forty two times the land consumption. Specks of mineral as a trade-off for square metres of wild land. These are profoundly different directions for humanity in the 21st century.

Some people might say, well, who cares? We have the land, let’s use it.

You might not think that if you were a desert tortoise. There is another key criteria (along with raw resource, proximity to load and ease of connection) that comes into play when we select sites for large solar: alternative uses of the land, including biodiversity.

In developing SEGS, the project proponent discovered the place was, literally, crawling with these iconic, endangered reptiles, the desert tortoise. There were up to 160 adults living on site, with likely over 600 juveniles. The project proponent has spent more than $56 million relocating the reptiles for their protection with mixed results. In a weak concession, the Sierra Club gave Ivanpah the nod despite this indisputable impact. The company version of proceedings reads like exactly what I know it to be: genuinely good people working for a very large corporation that can only ever put on a positive spin when everyone knows the simple truth: the fauna would have been best served without the disturbance. In this, the line between the “goodies” (companies developing renewables) and the “baddies” (companies developing fossil fuel and nuclear resources) is not just blurry, it has completely disappeared. 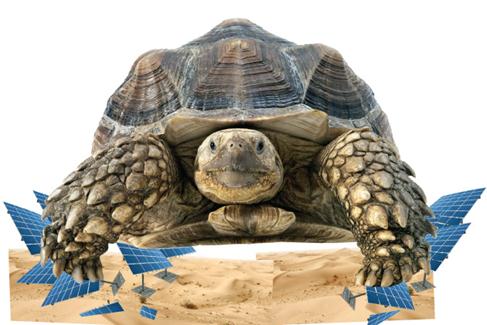 Figure 4: Sadly, the tortoises did not actually squash the heliostats. It was the other way around.

As a sustainability professional, this is starting to feel like falling through the looking glass. An iconic green energy project is disturbing a maximal area of land to give us what we need, in an environmentally sensitive area that is home to iconic fauna, which are now the unwilling recipients of tens of millions of dollars from a large corporation in an attempt to make good the unwelcome intrusion. This, surely, cannot be the direction for sustainable energy this century.

Asking whether we want large solar is an entirely moot question. We have it, and we are going to get more of it. I have seen some exquisitely degraded Australian land that would do very nicely. However, the popular supposition that solar developments rule out the need for nuclear power in a rapidly developing world is insupportable. It is every bit the “hallucinatory delusion” that Shellenberger says it is in Robert Stone’s Pandora’s Promise.

As I recently established, even if we rich folk, by some miracle, were to meet in the middle on our electricity consumption with the rest of the world in the year 2050, that world would require twice the electricity that it consumes now. We need to decarbonise our current supply, then double it with new clean supply.

If we environmentalists presume to advocate treading lightly on our earth, then it is dense energy, not dilute energy, that really shows us a way this might happen.  Maybe small is beautiful after all.