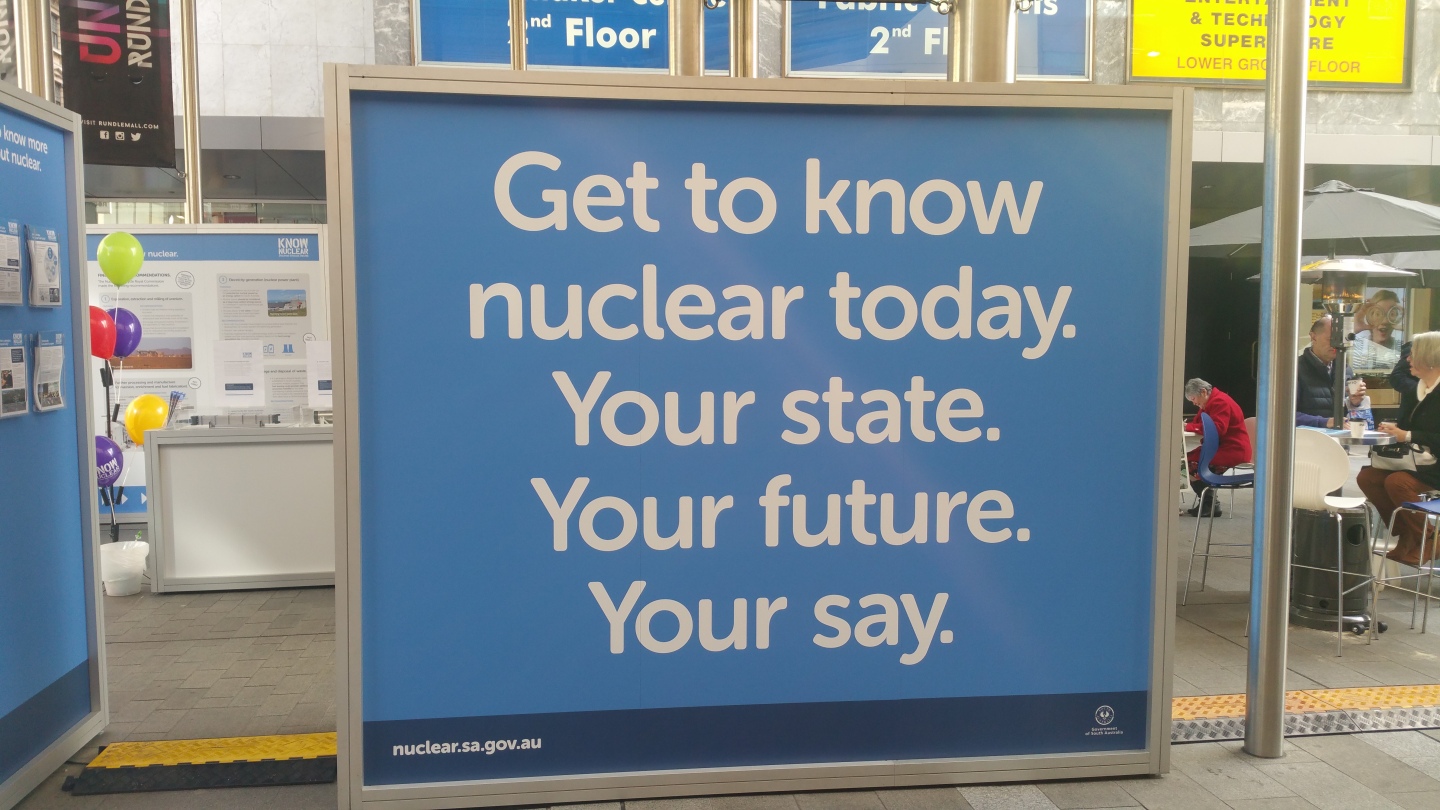 The South Australian Citizen’s Jury considering the question of further engagement in the nuclear fuel cycle handed a report to the Premier yesterday citing a 2/3 majority “No” vote on the specific question:

Under what circumstances, if any, could South Australia pursue the opportunity to store and dispose of nuclear waste from other countries?

Two-thirds of those assembled indicated that under no circumstances would they agree to proceed in pursuing this opportunity.

The report can be found at this link. Be warned, it’s a difficult read, however before criticising, please appreciate this was put together from a group in extremely time-constrained circumstances.

From my first review of this report the rejection of the concept appears to be based almost entirely on two core issues:

On the first point, this seems a fair reason to request further assessment. To refuse progress on the basis of this argument seems frankly draconian from the point of view of other South Australians who may benefit from new economic opportunity. It would seem entirely reasonable to make greater certainty a condition of proceeding.

On the second point, this is a primary concern of mine in this space, which is why Senator Edwards and I sought and promoted pathways that may greatly lessen any need for imposition on remote lands.

There will be more analysis to come. From here the process must consider also the input from the much wider consultation process that has been under way. However for today I will leave the last word to the minority report. This represents approximately 30% of the jurors who were so concerned about what they saw as fundamental flaws in this process they saw fit to take the brave step of documenting these concerns. After reading this, you may like to revisit my previous blog post and check the timeline to see just how hard this process has been worked over. The words of this 30% of the participants gives me real pause for thought. This is by far the largest use of Citizen’s Jury in the world to date, on one of the most complex and emotive topics. Based on this minority report, we all may have a lot to learn.

Given consensus that the economics have not been adequately assessed a change to the legislation to allow the limited investigation of the economic model to be made.

Our concern is that by announcing the question before requesting volunteers the process has allowed for an over representation of opponents to the idea of the storage of nuclear waste. Our concern is that selection bias has led to potential confirmation bias through selection of witnesses. Community polling in random selection of 4016 people revealed 42.2% ok with further investigation and 36.8% against. Community polling in a voluntary example of 4329 people revealed 19.7% ok with further investigation and 66% opposing further investigation. The witness selection process allowed Jurors to decide who they wished to hear from. Selection bias has resulted in a bias in the witnesses presented. This has likely led to confirmation bias, i.e. if you have a position and you request witnesses who share your view, your position will be strengthened. Reference the ‘Economics’ session, where Jurors chose to hear from economists who clearly had a negative view of the nuclear industry. This situation allowed a visible focus group to polarise the Jury.

The suggestion that this Jury can speak for the Indigenous community only perpetuates the disempowerment of that community.

We have been told that the consultation process was either non-existent or insufficient. To suggest that the Indigenous community then has a unanimous position without adequate consultation is incorrect.